New Zealand is a dream destination-one of the most spectacular parts of the world, full of adventure and breathtaking scenery.

It is in the southwestern Pacific Ocean-consisting of the two main islands. The north island and the south island marked by volcanoes and glaciations.

Wellington the capital is on the north island.

Wellington’s Mt. Victoria, along with the South Island’s Fiordland and Southern Lakes, stood in for mythical Middle Earth in Peter Jackson’s “Lord of the Rings” films.

Right from the crystal waters of the Abel Tasman, to northland’s ninety-mile beach, to the dramatic mountains surrounding Queenstown-the country stands out for nature’s beauty at its best.

Tourists can experience the best of hiking, spending lazy time relaxing on the white sand of the beach or soaking up views of vineyard and kiwi yards.

November and December is the best time to visit New Zealand-however the weather is unpredictable at this time too.

The trip does require planning, as the flight duration from the West Coast are around thirteen hours long.

When and Where to Find the Best Weather in New Zealand

There are two main islands that make the country-the North and South island. They are long and narrow. The weather might change rapidly and may vary vastly from one end to the other over a few kilometers too.

In Auckland, the temperature in winters hovers in the high 40s and rise to low 70s in the summer. The days are comparatively much warmer.

Queenstown on the other hand in the south island has warm, sunny summers. But winters here dip into near-freezing temperatures.

There is no true rainy season in New Zealand. Some regions experience slightly more rainfall in winter and some in summer.

One point about which the travelers should be very aware is that the weather of New Zealand is most unpredictable. It is very likely to rain even a bit any time of the year.

No doubt, beaches are best in summers. The water is never actually warm, but in the months of January, February, and early March-supposed to be summers here, the beaches are often hot to make the ocean temperatures comfortable.

There are many rugged coasts in New Zealand. So even during winters, it’s worth stopping for a scenic view and a photo click.

New Zealand does have riptides, so one can swim between the flags on beaches protected by lifeguards.

The Best Time to Hike in New Zealand

The best time for hiking in New Zealand is late spring through early autumn.

All bookings have to be done prior, as campgrounds and huts all get booked in advance. So all planning for this fun and excitement has to be done when you plan your trip.

Staying in a hut is safe until you are very experienced at staying outdoors. Trekkers enjoy these rustic accommodations having a bed. Here they can also lighten their packs and they don’t have to struggle to pitch a tent in the rain.

As mentioned earlier, the weather here is unpredictable so regardless of the season and time hikers should carry a rain jacket and sturdy boots.

When anyone flies to New Zealand, you have to fill an entry card with details of whatever you are carrying, be it any outdoor gear, eatables etc.Else you will be slapped with a steep fine for not declaring anything you carry into the island.

Biosecurity is basic and essential for the conservation effort carried out in New Zealand. Any kind of outdoor gear or equipment that you have packed for your trip, including tent or hiking boots, can carry unwanted seeds, so officials need to inspect and get them clean and review them for biosecurity reasons.

The best time for you is whenever you plan your trip. Now a day’s tourists flock in all around the year according to their comfortability-that is how they customize their tours, so there is no bad time to visit the place.

The winters here are too cold, but if you are a snow bunny and plan to spend time on the slopes go ahead.

One more reason to avoid winters of New Zealand is that the seasons are opposite to the northern hemisphere, so travelers are leaving the sun to head into gloomy weather.

One more reason is that it is chilly and damp and the homes are poorly insulated with the intensity of cold being same outside and inside.

Summers have beautiful weather with flowers in full bloom. The native trees of New Zealand don’t lose the color of their leaves throughout the year. However the trees implanted from outside change according to the weather, their leaves changing (pink or other colors) color according to seasons and temperature.

Some Cities which Are A Must Visit in New Zealand

There are some places in North and South Island which one must visit. These are

A sneaky look at some places in New Zealand:

Travelers’ can enjoy a bird’s eye view of Auckland from the Sky tower observatory desk. It is an observation and telecommunications tower located at the corner of Victoria St W, and Federal Streets in the Auckland CBD. It is the tallest structure in New Zealand by total height at 328 meters (1,076 ft ).It’s construction started in 1994 and ended 1997

Some adventure and adrenalin rush time in New Zealand through activities on Sky Tower. Skywalk and other such activities all depend on the weather.

Waitomo Glowworm Caves is in the lush Waikato region.

The Waitomo Glowworm Caves attraction is a cave at Waitomo on the North Island of New Zealand. It is known for its population of Arachnocampa luminosa, a glowworm species found exclusively in New Zealand.

Marvel at Mother Nature’s light display. It’s mesmerizing. As you glide silently in awe down through the starry wonderland underground caves of Glow-worm along the Waitomo River and gaze in silence at the myriad of glow-worm lights that make up Glow-worm Grotto.

The galaxy of tiny living lights light up your way as you travel along some parts of the extensive underground cave systems. If there is no rainfall and the weather permits only then are you allowed to travel underground through a boat and specialized trainer-all under the dark.

Besides this, the vast Ruakuri Cave features waterfalls and exclusive limestone formations.

As you move ahead to Rotorua known for its unique volcanic landscape you can see natural hot spring geysers and smell the pungent sulfur once you reach there.

Te Puia Thermal Reserve- here you can wander around the bubbling mud pools and see the famous “Pohutu Geyser”.You can also see sulfur coming out from the hot spring geysers spread over the entire area.

You also get to see the living Maori culture- the weaving, woodcraft and other minute things about this cultural tribe of New Zealand.

You can enjoy some pretty clicks at the Government gardens – full of colorful vibrant flowers all talking to you with its vibrant beauty. It is actually a park laid out as a garden.

Travelers can witness Agrodome which will give them a chance to see through the eyes of a true New Zealand farmer. The sheep rearing show is an exciting and informative insight into the world of New Zealand agriculture, featuring 19 different breeds of sheep’s, sheep shearing, cow milking, lamb feeding and dog demonstrations. One can also get an exciting view and experience of the farm tour, where you get an opportunity to take photos and hand feed the animals-Sheep, Cattle, Deer’s, Llamas and Alpacas. View the kiwifruit orchard and olive groves. The tour packages arrange to taste kiwifruit juice and delicious sweet manuka honey. One also has the chance to indulge in some adventure activities at Agrodome Adventure Park, provided the weather is favorable.

Some more places of visit which are en route Auckland are:

Travelers experience the famous Gondola ride to Skyline Queenstown, high above the town on Bob’s Peak. Add to the experience by having the best views in the region, reputed to be the steepest lift in the Southern Hemisphere.

Shot overjet on the Shotover River. Experience adrenalin-fueled fun as the jet boat skims the water’s surface at high speed and fishtails into 360-degree spins.

Once you depart from Queenstown and travel via Te Anau through the awe-inspiring “Homer Tunnel” –the second longest road tunnel [ which is around 1.2 Km long and takes around  three and half minutes with traffic to cross] and the stunning glacier-carved Eglington Valley, you arrive at Milford Sound to enjoy the Milford Sound Scenic cruise, which sails right up to the mouth of Tasman sea(if the weather permits).

What is Milford Sound?

It is a fiord in the southwest of New Zealand’s South Island.

It’s known for the towering Mitre Peak, rainforests and waterfalls like Stirling and Bowen Falls. The fiord is home to many living animals – fur seal colonies, penguins, and dolphins.

Milford Discovery Centre and Underwater Observatory offer views of rare black coral and other marine life. Boat tours are a popular way to explore this.

What else can you do in Queenstown?

You can go on a wine and cheese tasting tour. You can also enjoy the fantastic scenery in Arrow town. Don’t forget to visit the world famous AJ Hackett Bungy site. Go for a fun-filled experience with adventurous activities like Sky Diving, Bungy Jumping(43Mtrs).

Visit Puzzling World at Wanaka which is a unique attraction specializing in puzzling eccentricity. It is an offering to the world’s first modern-styled Great Maze, incredible illusion Rooms, and the most eccentric architecture and Oddities. This place is a photographer’s delight.

Fox Township/Franz Josef was known as the Glacier country of. It is on the west coast. Travelers can view the glacier from the lookout point or at a distance. They can even opt for Glacier Landing Helicopter ride(weather permitting).

Christchurch is known as The Garden City. The city has a panoramic view that includes:

It is located in the central city of Christchurch founded in 1863 when an English oak was planted to commemorate the solemnization of the marriage of Prince Albert and Princess Alexandra of Denmark. These gardens in Hagley Park feature native & exotic plants outdoors & in several conservatories.

Last but not the least:

New Zealand is still an unexplored destination. It is becoming popular nowadays. With fresh air and water, you explore nature’s beauty at its peak. The roads are absolutely clean and nature is undisturbed to a possible extent. You have to fill in an arrival and departure form once you enter and leave the island. Irrigation in the remote areas is fully computerized. This promotes the greenery and health sheep rearing in New Zealand. You can only witness these if you visit the island and explore the adventure island yourself.

How to let go the storm within you?

Let it be Free

HOW TO MAKE HEALTHY SORBET WITHOUT SUGAR

How do we choose life?

What patterns should I follow to get my desired outcome-my goals? 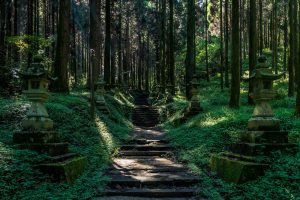